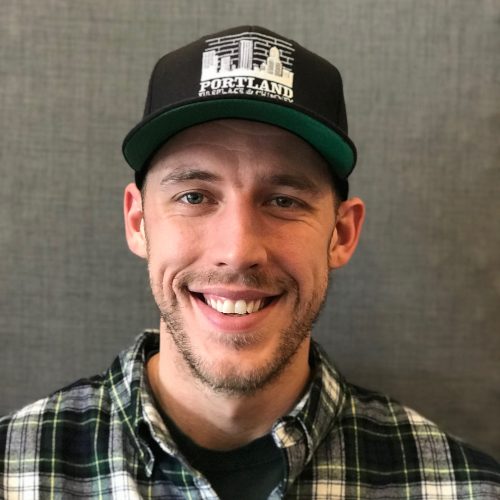 Louis was born on Floral Place in the Laurelhurst neighborhood. He has been living in the Portland metro area his entire life. He has been serving the community with construction needs such as roofing, foundation work, seismic foundation retrofits, masonry construction and forensic leak determination for 16 years. Louis began his experience in the trades at 14 years old, pouring concrete foundations for new construction homes with Ron Alltree, his little league baseball head coach, and owner of Empire Concrete. Louis spent his summers waking up at 5am learning how to form and pour concrete foundations and clean up and organize the job site.

Louis then followed in his father’s footsteps, learning the art of construction management and sales. “When I was a young boy my father’s company at the time was doing government contracts. Building sheet metal buildings and air hanger structures for NASA and the Coast Guard.  I used to make paper airplanes and fly them out of the top windows of his sheet metal manufacturing shop. One story my father always liked to tell was when he and his crew roofed the ski lift at the top of Mt Bachelor. My father and his crew had to hike to the summit many times to get the job complete. Once the job was finished my father awarded his crew with shirts that read “I survived Mt. Bachelor!”. That being said, hard work and determination has been ingrained into Louis’s character.

Owner Louis Lee is a third-generation entrepreneur. His grandfather John Lee owned and operated Lee’s Launderette on N Lombard. The Lee’s sold the business many years ago but, Lee’s Launderette is still there to this day.

Louis Lee attended Portland State University on and economic scholarship, and thrived in his business statistics class. He walked on the Men’s basketball team. In his second year at PSU, the Vikings Men’s basketball team won a Big Sky Men’s Conference Championship. He then competed in Division I NCAA Men’s March Madness Basketball tournament.

Louis is also a real estate investor and has been buying and investing in real estate since age 21. He has been restoring Portland homes his entire professional career.

He loves preserving the historical integrity and period architecture in the Portland Metro area because he believes there is a “right way to build” and believes “they just don’t build homes like they used to”.

Louis is also owner of the well-known masonry construction company, Portland Fireplace and Chimney Inc. which he started at age 22.  Louis is now an educator in the fireplace industry. He donates his time and expertise to the local Non-profit chimney sweep guild, The Oregon Chimney Sweeps Association. http://www.oregonchimneysweeps.com This is one of the oldest chimney sweeps guilds in the United States.

Louis is  the President of the Oregon Chimney Sweeps Association. Voted in by elders of the association, he now leads the nonprofit organization to promote higher education and certified chimney sweeps. He provides hands-on learning classes and continuing education on the National Fire Protection Agency code 211 and the International Residential Code.  The training and testing is recognized by the Oregon CCB. Members of the Oregon Chimney Sweeps Association receive their continuing education credits by attending the May Day convention each year. Each May, Louis and his wife Courtney Lee, along with the 7 regional board members organize a convention for the 100+ members to come together to stay current on maintaining their continuing Education hours. This maintains their contracting licenses in the state of Oregon and ensures all the members are up to date with NFPA and local code provisions. 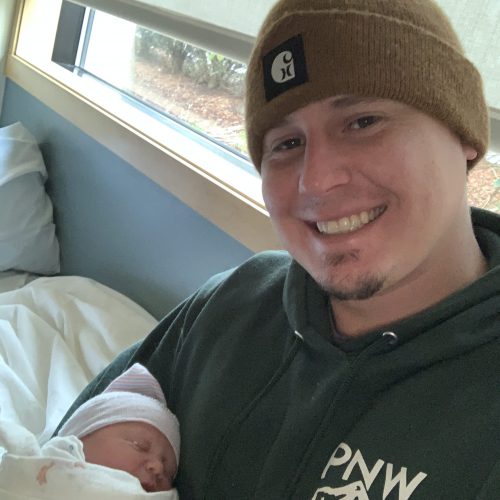 Zach was born in Tucson, AZ and spent his childhood all over the United States. Born to a Naval Officer, moving was a common theme. With moving so much came the great experiences of different cultures. These experiences are what lead him to know the important understanding that everyone is different, and that you must listen to your customer in order to provide the best customer service experience for them. Zach graduated from the University of Hawaii where he also played Division I Baseball and had the opportunity to compete in the NCAA Division I College Baseball National Tournament. Here at PNW Exteriors we understand the meaning of adhering to every customers’ different needs to provide the best customer service and quality craftmanship. We believe that every customer that selects PNW Exteriors as their chosen contractor is now a part of our team. Having such a successful collegiate career, Zach understands the importance of completing a goal as a team, communication being the key factor to a successful interaction between the customer and the contractor. These experiences are rare and very valuable to what we do here at PNW Exteriors.

Zach has been in the industry and understands the level of significance quality construction is to a potential customers’ home. With the ever-changing weather from season to season in the NW we know what it takes to properly protect your investment from the elements. Going the extra mile and not cutting corners is  what separates us in the industry. Zach has been lucky enough to be mentored by members in the NW industry that have years of experience. From these experiences Zach learned how critical it is to understand a client and how essential it is to be able to provide an immediate and/or long-term valuable solution through honest communication.